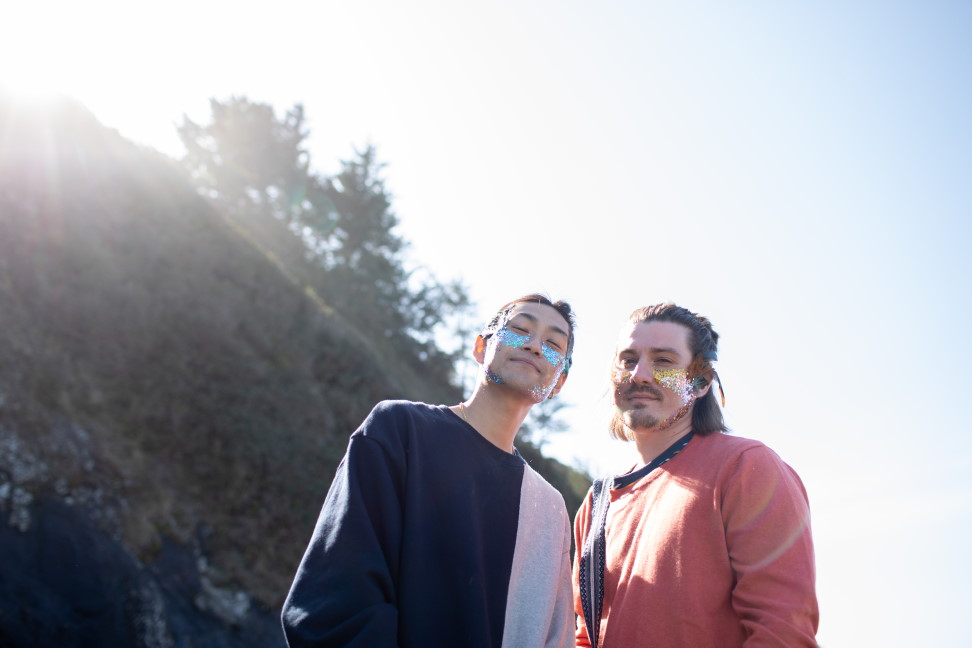 Trop-pop duo Summer Salt – singer/guitarist Matthew Terry and drummer Eugene Chung – spent many years building towards their latest album, Sequoia Moon (2021), ever since jettisoning their Dallas, Texas, hometown for the arts-and-culture oasis of Austin after graduating high school in the early 2010s. The band quickly rose through the ranks of the local Austin scene with their 2014 debut Driving To Hawaii, teeming with both the escapism and recklessness of youth and the composure and charm of ‘60s-era pop, doo wop and bossa nova.

2018’s Happy Camper, 2019’s Honeyweed and 2020’s Avenue G further cemented the band’s place as one of the indie genre’s brightest stars. Summer Salt soared past 1 million monthly Spotify listeners and toured the world, all as Live Nation’s Ones To Watch and American Songwriter hailed them for their breezy, synesthetic soundscapes.

But while Sequoia Moon saw Summer Salt pushing towards that bright future, they are ready to reimagine their past with forthcoming album The Juniper Songbook. Out March 11 through Cherry Lime Records via The Orchard, The Juniper Songbook will see the band revisit nine songs from across their discography in addition to one brand new track.

“I think we’ve grown as musicians and we really wanted to take the opportunity to challenge ourselves and see our songs in a different light or just with recording outside of our comfort zone and bedrooms,” shares vocalist/guitarist Matthew Terry. “When we write songs we don’t write as a band. We write in the intimacy of our own rooms with a guitar and voice. This is the origin of every one of our songs.”

Though not fully acoustic, The Juniper Songbook provides an intimate glimpse at each song’s inner workings. Terry adds: “We did our best to create some diversity amongst them and reimagine them through years of getting to know them better.”